New York City, and pretty much the entire East Coast, is currently being besieged by a brutal winter storm dubbed a “bomb cyclone,” so I suppose there’s no better time than now to look back on (or look forward to, if you’d prefer,) warmer, happier times: my first-ever trip to NYC during a sublime spring week last May.

Whether I’d like New York — the Emerald City of digital media, a place I’d for years been told I’d inevitably have to try at some point in my life — always seemed like something of a crap shoot. On the one hand, I was enamored by the energy of cities; it’s the reason I’ve found Los Angeles such a hard habit to kick. On the other, even the thought of an East Coast winter sent a shiver down my spine, and the logistics of life in New York City – unreliable public transportation! A cutthroat competitive atmosphere! Housing so expensive and elusive I’d have to shell out a year’s worth of rent in Los Angeles just to find it! – always seemed daunting to me. Perhaps I wasn’t cut out for New York City. But maybe no one really is, not until they’re actually there.

There’s something about the nature of this place that seems to hyper-charge your ability to adapt; kickstarts resourcefulness, sharpens survival skills. I was visiting for a week for work, but was mostly solo in my hours off the clock, outside of visits with a couple of close college friends. Almost instantly, from touching down at JFK and being mistaken for a local by my Uber driver to learning to navigate the Subway the next morning, a city that had always seemed so out-of-reach on paper, so foreign in photos and movies, a world belonging to everyone other than myself, became as familiar a place as I’d ever been. The streets became my own daily routes, the parks my hidden spots, cafes my usual haunts. I quickly came to understand that New York is as user-friendly as you make it to be, it is a city that beckons you to experience it, in its entirety.

There is so much of New York that reminds me of Europe, specifically London, a home I’d loved with all my heart. The streets, the parks, the markets, the sidewalk cafes. The hum of daily life. The unspoken assurance that we all, dearly beloved and strangers alike, are gathered here today for the express purpose of living. This is both the end and the beginning, the very center of the universe as we know it.

Stumbling out from a sterile office into the late-spring twilight of a city I’d known for less than 24 hours, somehow it felt as if my feet knew just where to take me. I forewent the Subway for a brisk walk through the balmy evening, with no particular destination in mind. From Union Square, the city’s pulsing digital publishing heart, south toward Washington Square Park, where people were gathered in couplets and groups to revel in the good luck of such glorious weather.

A golden glow was burnishing the park, crowning rooftops and skylines and seeping through tree branches. So much life, and everyone around me a stranger. But something about it felt so familiar. The college students calling to one another as they trekked from classes at NYU, the couples locked in embraces on sunkissed benches drenched in warmth, the children tottering around as their parents followed. I had been them once, and I would be them again. New York City is hardly shy about its central thesis; that life is a full circle, that everything and everyone is connected somehow. 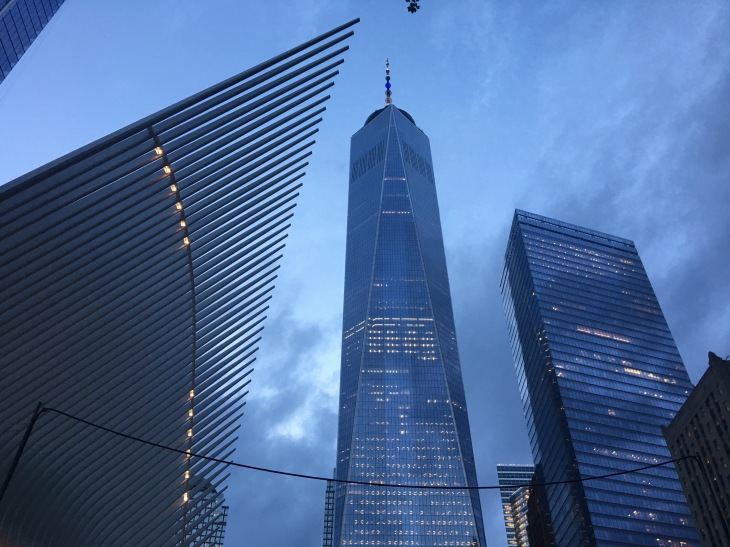 While a powder-blue night fell around me, I pushed further south, past my hotel in TriBeCa, all the way down to One World Trade Center. I had seen its spire rising above the city skyline, beckoning me to see this piece of history for myself.

I have no doubt that its reverence is not lost during the daytime, but there was something about seeing the World Trade Center Site illuminated at night that quite literally took my breath away. I was seven years old when 9/11 happened; like many in my generation, it’s the first news event I have any memory of, towers falling on a TV screen, and it quite literally changed the world I grew up in.

What was once Ground Zero is now a sunken pool ringed with golden light, the depths of which seem endless, as if you are standing at the edge of a portal to the very center of the Earth, or perhaps to another world. Maybe Heaven, maybe an alternate version of this life where such tragedies never occur, but certainly an existence that is not this one, a place that is beyond the pain and suffering of here. And yet, for somewhere quite literally built upon sadness and grief, I was not overcome with a sense of despair, the likes of which I’d felt visiting Holocaust museums and war memorials in Europe. Rather, I was enveloped by a calm like I’d never felt, a sense of peace bathed in this blue and gold half-light that fell after the darkest day of so many peoples’ lives, at this shrine to those who were once a part of this resilient city, and would now live on in it forever more.

In a city seeped with such history, both celebratory and sad, one of the newer attractions New York has to offer is the High Line, less than a decade old and completed just a few years ago. It’s a sort of urban boardwalk flanked by greenery and stunning skyline views, and from here, one can see straight down avenues for miles in one direction, and the Statue of Liberty towering out in the harbor in another. Cotton candy sunsets are truly spectacular in New York, and I could hardly drag myself away from the twilight down to the Chelsea Market just below, though it’s really a can’t-miss. There are dozens of food vendors offering up just about every cuisine imaginable, as well as delectable desserts, beer and wine, and shops filled with trendy trinkets and souvenirs. It reminded me again of one of my favorite parts of London — the markets — and offers this communal space through which tourists and locals, friends and strangers alike can call this city their own. 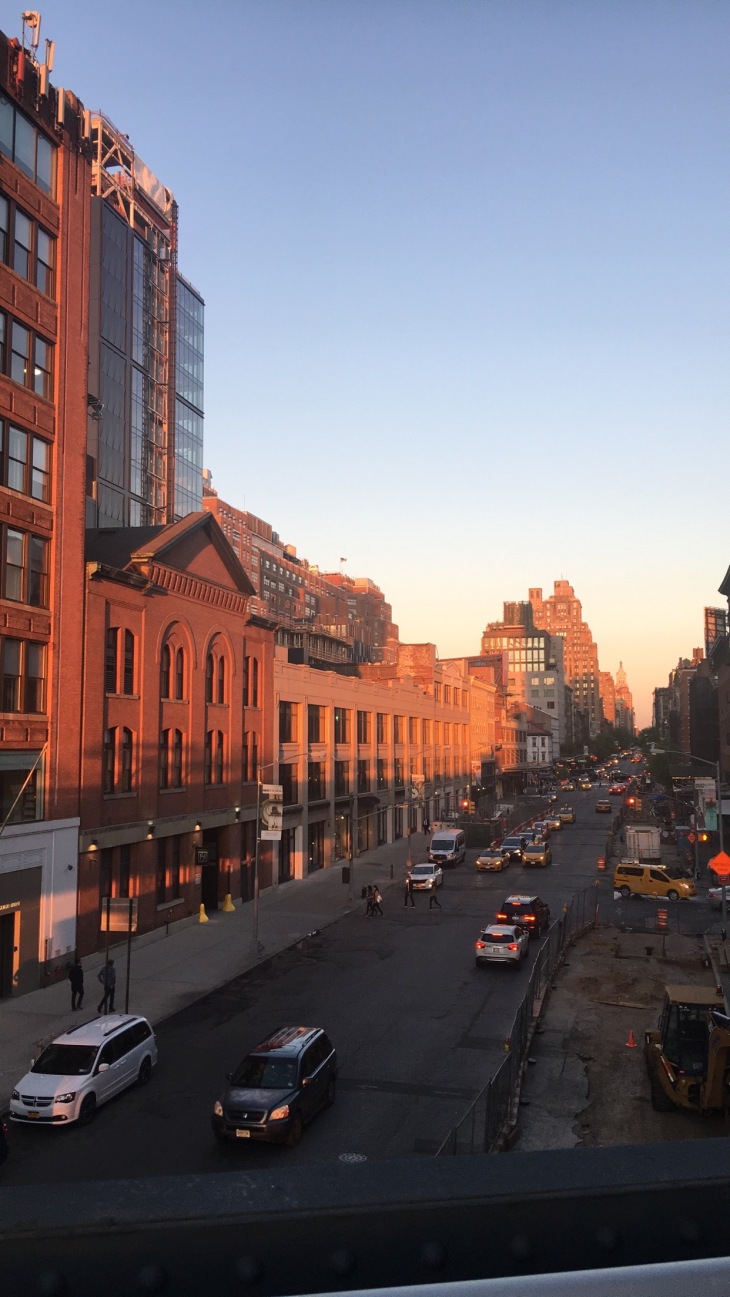 I found it rather remarkable how, within the span of a week, I’d gone from being ambivalent about New York City to falling head over heels in love, becoming hopelessly entangled in its glimmering, golden embrace. I had these wild thoughts of dropping everything on the West Coast and fulfilling my millennial destiny, doing the damn thing and trying my hand at New York. I saw the entire course of my life shifting, ran through scenarios of just how I might make it work. Was I prepared for a cross-country move, for East Coast winters, for starting all over, again? I fretted and frantically attempted to recharter the rest of my life in a hotel room, until over drinks with a friend, I received just the talking-down I needed to soothe my mind. “New York will always be here,” she assured me.

And now, I know when the time comes that I’ll be ready for it.